There was no stopping Jake Dennis in London on Saturday as the BMW cruised to his second win of the Formula E season, while championship leader Sam Bird retired early on. 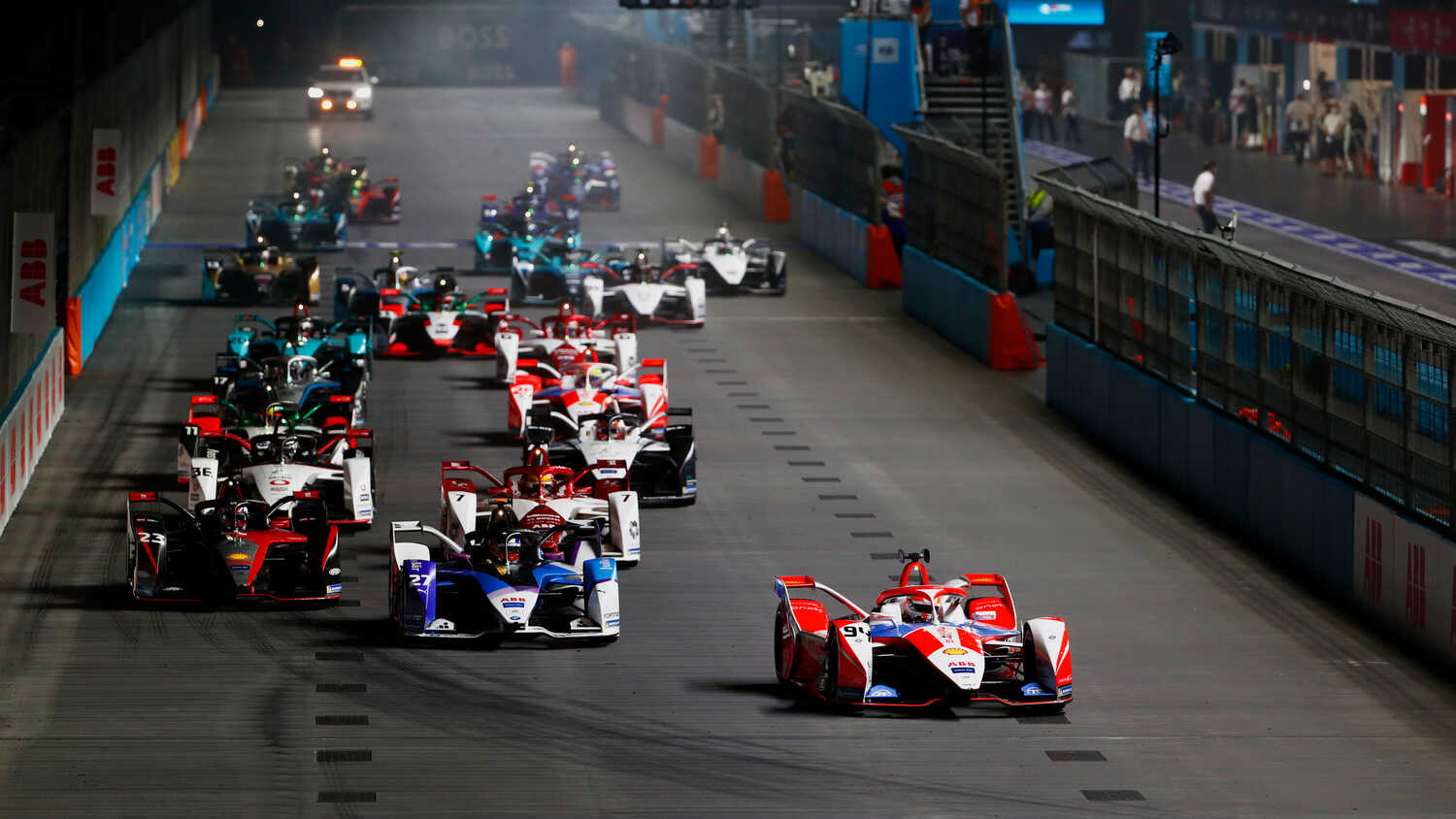 Jake Dennis got the better of Alex Lynn in Saturday's London E-Prix, getting past the pole sitter as he activated attack mode to cruise to victory for the second time this season.

The BMW driver started second behind Lynn, however once he got ahead of the Mahindra driver there was no looking back as Dennis built up a sizeable advantage to take the chequered flag. Nyck de Vries eventually found his way past Lynn in the closing stages as well to take second ahead of the Briton.

Lynn got off the line well and fended off Dennis' push for first. However behind them Alexander Sims and his Mahindra car stopped at Turn 6 after being hit from behind and making contact with the wall, bringing out a full course yellow. It was bad news for championship leader Sam Bird as well as the Jaguar driver was wheeled into the garage with damage, bringing an end to his day before it truly got underway.

Lynn led from Dennis and Sebastian Buemi when the race resumed, while further back Antonio Felix da Costa was the first driver to use attack mode.

After a bit of a lull set in Lynn activated his second attack mode which gave the lead to Dennis, who began to open up a gap on the Mahindra driver. Meanwhile Andre Lotterer, who initially missed his attack mode, managed to get it right the second time while fending off the Audi duo of Lucas di Grassi and Rene Rast.

Lynn hopes of catching Dennis were dealt a blow when he locked up at the Turn 11 hairpin, dropping him back from the leader. Dennis quickly used his second and final attack mode, staying ahead of Lynn with the minutes ticking down.

From there Dennis began to cruise away from the rest of the grid, while de Vries snatched third from Buemi after getting past the Nissan driver at Turn 10. Near the back of the grid Robin Frijns and Joel Eriksson came together, however both were able to continue down in 16th and 17th.

There was no stopping Dennis from there as he controlled the closing stages of the race to take his second win of the season ahead of de Vries and Lynn, while Buemi and Lotterer rounded out the top five.