Could Ocon skip past Russell to replace Bottas at Mercedes?

With plenty of speculation about the second seat at Mercedes for 2022, could the team go against expectation and sign Esteban Ocon instead? 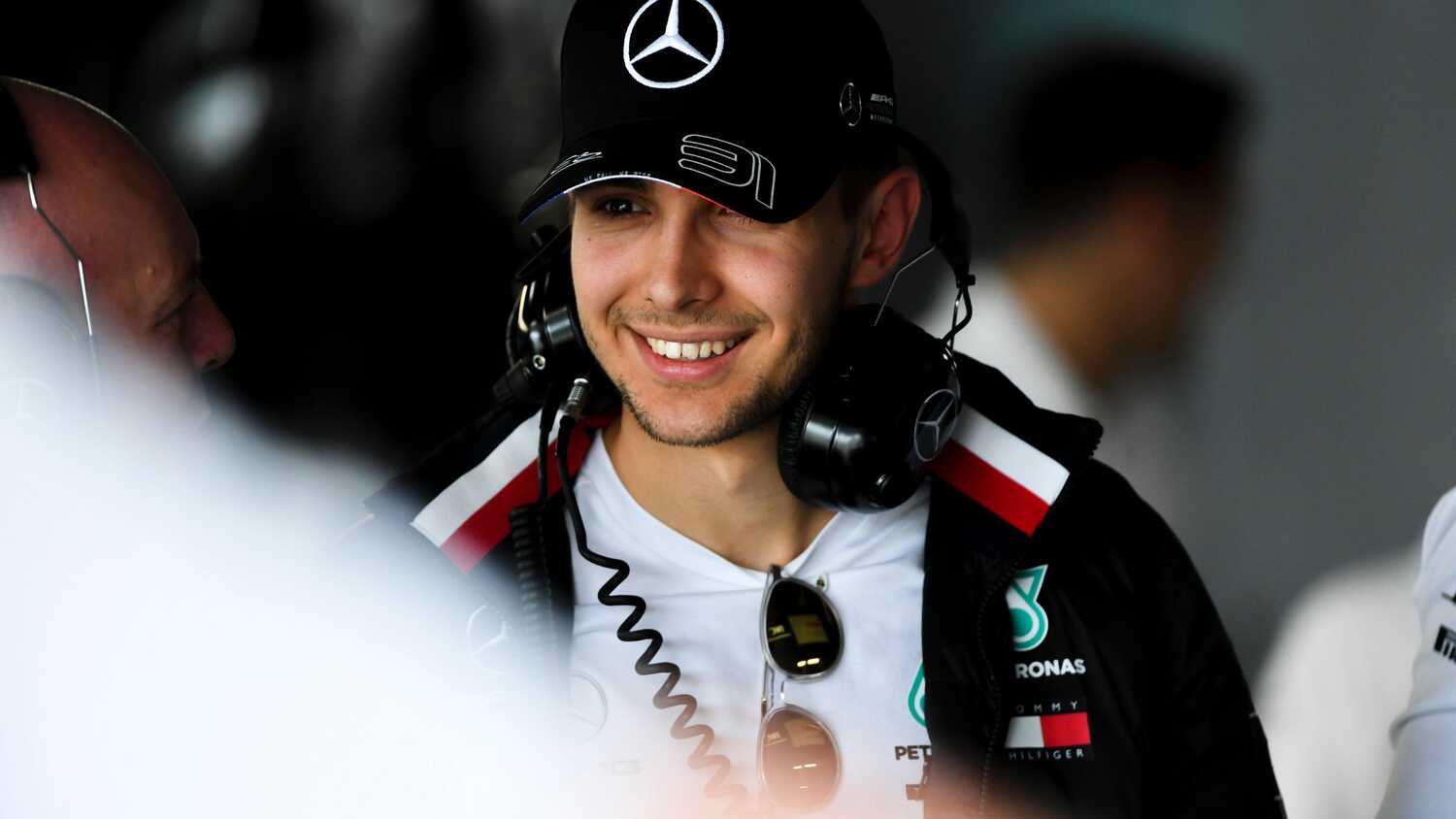 With both Mercedes seats, in theory, available for 2022, there's a decent possibility that at least one of the incumbents may not be driving for the team next season.

Lewis Hamilton has recently started stating his intent to stay around in 2022, with team boss Toto Wolff also laying the groundwork for what now seems like merely a formality of signing a contract to keep the Mercedes/Lewis Hamilton partnership alive for the start of the new regulation cycle.

But it's the other seat that is of particular interest. Valtteri Bottas' contract also comes to an end this season and, while Mercedes have kept him on tenderhooks in recent years by signing him on single year contracts, it's quite possible this could be his last.

Bottas has proven a more than capable backup to Hamilton over the years of Mercedes dominance but, with the regulations completely changing for next year, that dominance could end. How confident are the team that Bottas is capable of being able to provide able support for Hamilton, if the likes of Red Bull, Ferrari, and maybe even McLaren are fully back in the fight next year?

Wolff has constantly alluded to the long-term future of the team and, at some point, a change will be made to ensure a smooth transition once Hamilton does decide to step away. Last year, the argument could be made for George Russell to replace Bottas, but another contender is hauling himself into contention.

Esteban Ocon is in his second year of a two year deal with Alpine, but remains closely linked with Mercedes as he was released by the team specifically for the purposes of driving for Renault/Alpine. He is still managed by Toto Wolff. The French driver's status is slowly rising, with Ocon currently getting the better of Fernando Alonso as the Spaniard has returned to Formula 1 this year.

Certainly, Wolff didn't want to rule out Ocon as a possibility for 2022, as he spoke to media over the Spanish GP weekend.

"[With] Esteban, it's a little bit of a weird situation," Wolff told RacingNews365.com and other select media when asked about Ocon's chances of getting a seat at Mercedes.

"Because he's been a Mercedes junior for a long time, and he's an Alpine works driver now, and that's fact.

"I think the situation is good for him there. He's growing, he's putting in the performances, he's French.

"All that is very much the stars aligned, and I think it needs to be Laurent [Rossi, Alpine CEO] and Esteban's call first [on] how to continue before we start to give an opinion."

With Ocon scoring points in three of the first four races as Alpine start to find their feet this season, the French driver is refusing to get carried away by speculation.

"What I'm focusing on is to do a good job here at Alpine.

"I think we have to be glad with our progress. I'm glad with the progress I've made as well this year. And I'm focusing on delivering the best I can in each single race. So, for sure if you perform there will be always talks and things going on. But my aim is to deliver for the team that I'm racing at. And my home is here at the moment."

So, what are the chances? With Ocon's two year deal with Alpine coming to a close, Wolff's admission that it's in the French team's hands how they wish to continue would suggest that he has decided against taking his driver back for 2022. Mercedes either have to keep him or release him, and Wolff's comments suggest it'll be the latter..

Looking outside the box, there's not many options either. Mercedes' junior programme, unlike Ferrari and Red Bull's, isn't particularly well populated. Frederik Vesti, their current leading junior driver, is nowhere near ready a step up to Formula 1, while Paul Aron and Kimi Antonelli are still very much working their way through junior categories.

Mercedes' reserves and current Formula E drivers Stoffel Vandoorne and Nyck de Vries aren't particularly likely either. Vandoorne has already been chewed up and spat out by Formula 1, and his inconsistent Formula E form isn't likely to make him a contender. De Vries has been more impressive, and is currently five points away from the championship lead this season. Could Mercedes eye up the Dutch driver for a shock switch to F1, if he continues to impress?

But unless Mercedes decide to do a Red Bull and hire externally, should they feel the need to replace Bottas enough, then for now, the assumption that it will be Russell as lead contender to replace Bottas remains the more likely one.