Bottas: Mercedes need to accept that Red Bull are ahead

After Max Verstappen's dominant win at the Styrian Grand Prix, Valtteri Bottas thinks that Mercedes will have to find a way to use Red Bull's advantage as motivation. 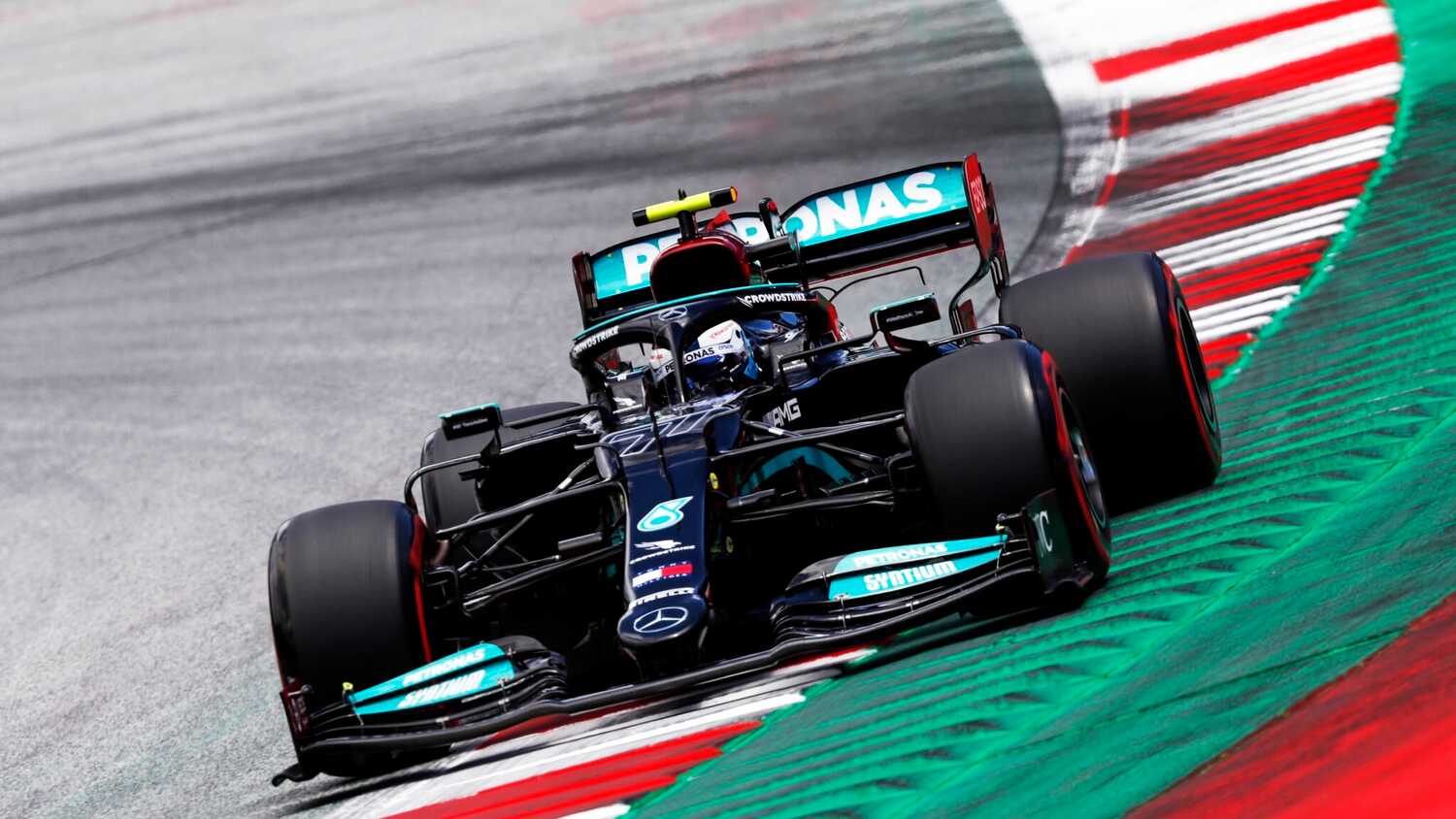 Valtteri Bottas believes that Mercedes now have to accept that Red Bull are quicker than them, but to use this as motivation to improve.

The Silver Arrows did not appear to have the pace to challenge Max Verstappen during the Styrian Grand Prix, with the Dutchman leading from start to finish. Lewis Hamilton and teammate Bottas finished in second and third respectively - ahead of Sergio Perez in fourth - yet Bottas is aware that they need to improve in order to catch Red Bull.

"We managed to beat one of them which was good but we need to improve the car moving forward to compete for the win," Bottas said in a Mercedes team statement.

"We need to accept that they are ahead at the moment and use it as motivation."

Despite their struggles, Bottas was pleased to have finished third in the race after starting in fifth. The Finn had originally qualified in second place, but a three-place grid penalty due to his free practice spin in the pit lane meant that he was demoted.

"From where I started, I think we maximised the race - starting from fifth and finishing third was a decent result," Bottas explained.

"There was not much left in my tyres at the end, today was more like rallying in Finnish Lapland than F1 in Austria! The Red Bulls seems two-tenths quicker than us each lap at the moment, which is quite a lot."

The Formula 1 calendar will again return to Austria's Red Bull Ring this weekend as part of a back-to-back visit to the circuit and Bottas is hoping for a strong result.

"It was a pretty clean weekend for me - other than the penalty - and P2 in qualifying and a podium finish is positive and I'm looking forward to next week."

Bottas is currently in fifth place in the Drivers' Standings with 74 points, 12 points behind McLaren's Lando Norris in fourth.