All you need to know about Lewis Hamilton

Lewis Hamilton is the most successful F1 driver of his generation, holding countless records that include most wins, pole positions and podium finishes. Here's everything you need to know about the Mercedes F1 star. 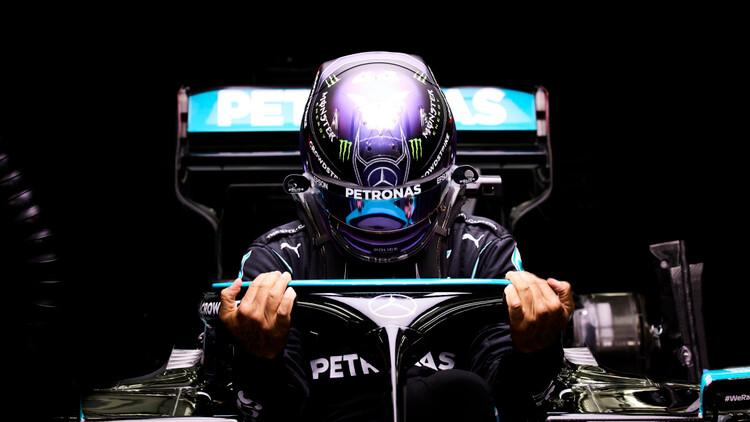 On or off the track, there's no denying Lewis Hamilton is one of the most successful and influential figures in F1.

With seven world titles to his name and countless records, the Brit is considered one of the best drivers, if not the best, the sport has ever seen.

Whether it be where he lives or how much he earns a season, here's everything you need to know about the F1 superstar.

How old is Lewis Hamilton?

Lewis Hamilton was born in Stevenage on 7 January, 1985 and is currently 36 years old. He made his Formula 1 debut at the Australian Grand Prix back in 2007 and finished on the podium first time out.

As a rookie, he missed out on the championship by one point, but came back to win his first the following year. In total, Hamilton has won seven world championships and holds the F1 record for most wins, pole positions and podium finishes, amongst many other accolades. 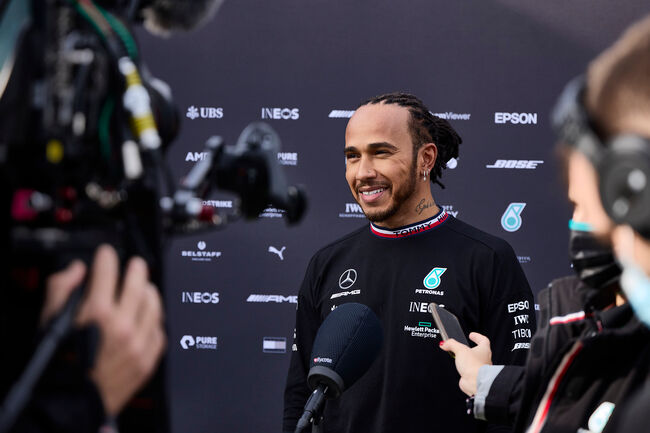 How tall is Lewis Hamilton?

Esteban Ocon leads the way standing at 1.86m (6' 1"), while Antonio Giovinazzi, George Russell and Nicholas Latifi come in just behind the Frenchman at 1.85m.

Yuki Tsunoda stands at the opposite end of the spectrum, with the AlphaTauri driver the shortest on the grid at 1.59m (5' 2").

Where does Lewis Hamilton live?

Lewis Hamilton lives in Monaco, having moved there from Switzerland in 2012. While little is known about his property, it's believed that he resides in the luxurious Fontvieille district.

The house was built in 1860 and features four reception rooms and two huge bathrooms.

Hamilton is also a big fan of New York, owning two properties in the most populous city in the United States of America.

Back in 2019, Hamilton spent a reported £32m on a Manhattan penthouse condo project with NFL star Tom Brady and wife Gisele Bundchen.

It's also believed that Hamilton paid £34m on a five-bedroom apartment in Tribeca in 2017. Lewis never lived in it and it's unknown whether he still owns the property. 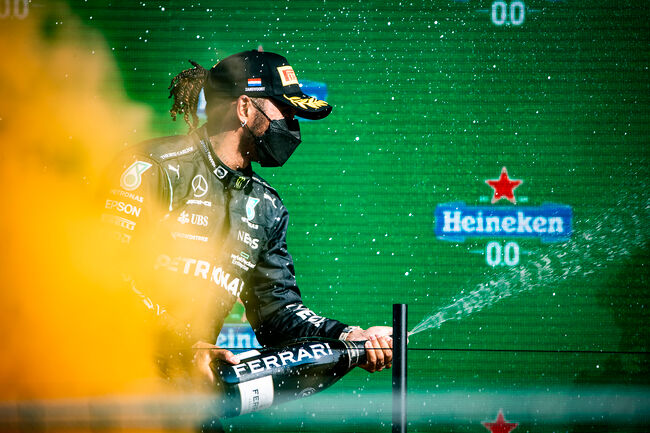 Who is Lewis Hamilton's father?

Born in the UK, Anthony Hamilton is Lewis' father. Anthony's lineage can be traced back to Grenada in the West Indies.

Lewis was born to Anthony and first wife Carmen Larbalestier. He introduced Lewis to the world of racing at the age of five, first with a remote-controlled car and then karting.

How much does Lewis Hamilton earn in a season?

Hamilton will make $30 million USD for Mercedes during the 2021 F1 season, after signing a one-year contract with the team back in February. That makes him the highest-paid driver on the grid, ahead of the likes of Red Bull's Max Verstappen and Alpine's Fernando Alonso.

According to the Sunday Times' Rich List for 2020, Hamilton is ranked as the 545th wealthiest person from the UK with a fortune of over £224m. That figure comes after spending the last 15 years at the top level of motorsport with McLaren and Mercedes.

How many F1 world titles has Lewis Hamilton won?

After missing out on the championship by one point during his rookie campaign, his first championship came in 2008 when he registered five victories and finished on the podium 10 times. He won the title in dramatic fashion, passing Timo Glock on the last corner of the last lap of the final race of the season to beat Ferrari's Felipe Massa by one point.

Although he continued to win races with McLaren over the next four seasons, a second title never came and Hamilton joined Mercedes for the 2013 F1 campaign. He claimed his first victory for the team that season before winning back-to-back championships in 2014 and 2015.

Teammate Nico Rosberg got the better of Hamilton in the fight for the 2016 championship, but since then there's been no stopping the Brit. Hamilton has won the last four F1 world titles to put him level with Schumacher for the most championships at seven.

Another F1 championship in 2021 would see him stand alone at the top of the list with eight. 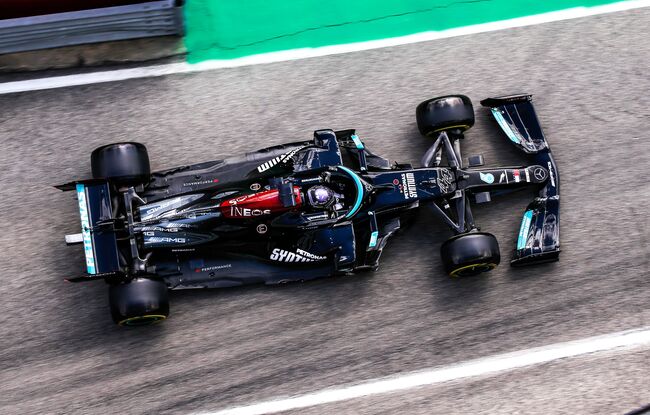 Hamilton made his debut in 2007 alongside Fernando Alonso. Their time as teammates was anything but simple, as tensions arose between the two drivers and McLaren due to several on-track incidents.

After their relationship collapsed to the point that the two were no longer on speaking terms, Alonso left McLaren by mutual consent. Their relationship has improved since then, with Alonso calling Hamilton one of F1's top five drivers of all-time.

Hamilton had another contentious relationship with Mercedes teammate Rosberg. Although they were friends from karting, their relationship became strained and resulted in several volatile confrontations. During their time together at the Silver Arrows, the duo won 54 of 78 races over four seasons.

As for Sebastian Vettel, Hamilton has called his rivalry with the German his favourite. After Mercedes dominated F1 from 2014 to 2016, Ferrari came back to fight for the championship in 2017 and 2018. While the two had some tense moments on track, notably Baku in 2017 when Vettel drove into Hamilton, the pair have developed a mutual respect for one another.