Alfa Romeo have been granted a formal review of Kimi Raikkonen's time penalty at Imola, following an initial hearing with race stewards on Saturday. 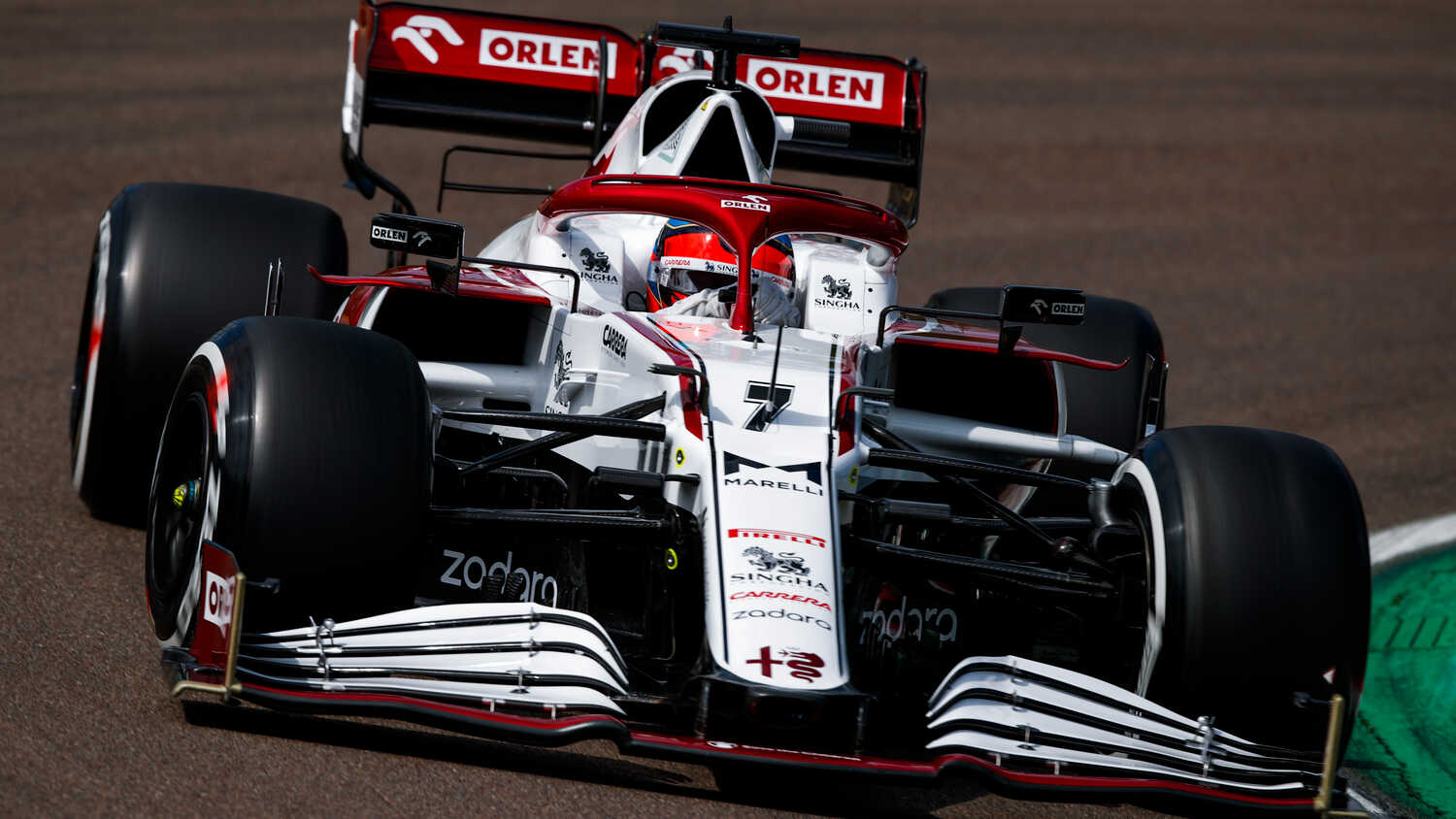 Alfa Romeo will go before the stewards again on Sunday morning, having been granted a second look at the time penalty handed down to Kimi Raikkonen at Imola.

The hearing to review the penalty will be heard at 11am local time in Portugal, with the review granted under Article 14 of the International Sporting Code.

Raikkonen was given a thirty second time penalty after the Emilia Romagna GP, following a breach of regulation after sliding off into the gravel ahead of the restart procedure. This penalty dropped him from ninth place to 13th, meaning Alfa Romeo lost out on their first points of the season.

Alfa Romeo lodged a request to review on Saturday, just a day shy of the cut-off period for such a request. The stewards have agreed that a review is now necessary, after Alfa Romeo were able to successfully present a new element to their defence.

Alfa Romeo were able to present documentation to the stewards, showing that no previous case like this had happened in Formula 1, contrary to the steward's ruling saying that the regulation had been consistently applied.

It was on this point that the review was granted, with the stewards decreeing "While this was only one element among many considered by the Stewards, this information was unavailable to the Competitor at the time of the original decision and was a part of the discussion by the Stewards and is therefore deemed significant and relevant."

As part of their argument, Alfa Romeo also presented two other points to the stewards. Neither of these points were deemed admissible.

Alfa were able to refer back to a case heard in the International Court of Appeal, regarding Haas' disqualification from the 2018 Italian Grand Prix. An ambiguous technical ruling was heard with Haas' argument that "when there is confusion or ambiguity in a regulation, it should be interpreted to the benefit of the Competitor," and "interpreted according to the common intention of the parties."

If the penalty is overruled, Raikkonen and Alfa Romeo will be re-instated into their ninth place finish.