Albon: Verstappen got the karma he deserved in Abu Dhabi

Alex Albon believes the luck Max Verstappen got in Abu Dhabi balanced out his misfortune from earlier in the season. 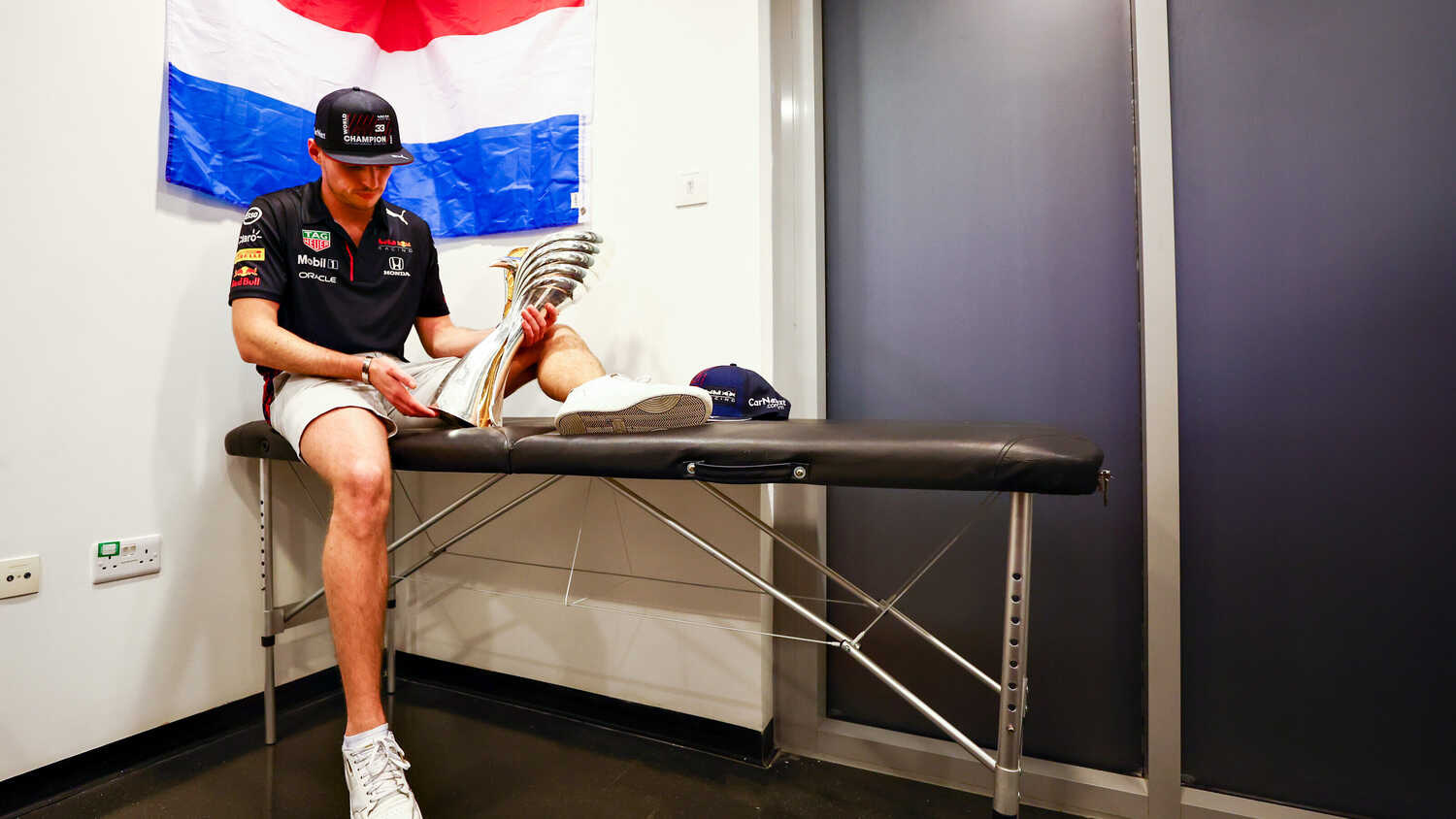 Alex Albon, who was Red Bull's reserve and development driver in 2021, believes that Max Verstappen got the luck he deserved in the closing stages of the Abu Dhabi Grand Prix.

With Verstappen convincingly beaten by Lewis Hamilton over the race distance at Yas Marina, it took a late Safety Car intervention and a change of tyres to bring Verstappen back into play for the final lap of the race.

Verstappen capitalised on Mercedes not bringing Hamilton in for a change of tyres and stormed past his rival on the last lap to claim the title.

Given that Verstappen had suffered misfortune in Azerbaijan and Hungary, as well as a race-ending collision with Hamilton at Silverstone, Albon felt that karma had balanced out over the season.

"I understand both sides of the story, but I have to say I'm a bit of a believer [in karma]," Albon told Motorsport.nl.

"I feel many decisions or moments this year have gone against Max.

"Just look at Silverstone, Hungary, Jeddah, and even the first lap in Abu Dhabi. So yes, we were incredibly lucky at the last minute but, at the same time, I think we earned that luck.

"Nothing against Lewis and Mercedes but, in a way, we got the karma we deserved as a team that Sunday. That's how most things balance out over a season."

Putting in the work in the background

Albon himself earned plenty of praise over the course of 2021, as his Red Bull bosses paid tribute to the hard work he put in back in the simulator to help Verstappen and Sergio Perez fine-tune the setups of their RB16Bs at each race weekend.

As a result, Albon departs Red Bull for a race seat with Williams with a sense of pride knowing that he made a difference for Red Bull's title campaign.

"This title feels great, also for me," he went on to comment.

"The guys have worked so incredibly hard, not just me, but everyone in the factory. And yes, it just feels great to be rewarded for that. Even though I only contributed 0.1 percent to the end result, it wasn't in vain and this success gives me great satisfaction."

Albon also revealed that the extent of his workload in the Red Bull simulator was kicked up another gear during the final two Grands Prix weekends of the season, with some shift in focus away from 2022 development.

"As the title race got more exciting, we've refocused our work on this year's car," he said.

"In any case, we did more for the races in Jeddah and Abu Dhabi than we would do in the simulator for a normal race weekend. Fortunately, that worked out very well!"