Alex Albon says his work as simulator driver for Red Bull has helped him understand some of Max Verstappen's unique demands in the car. 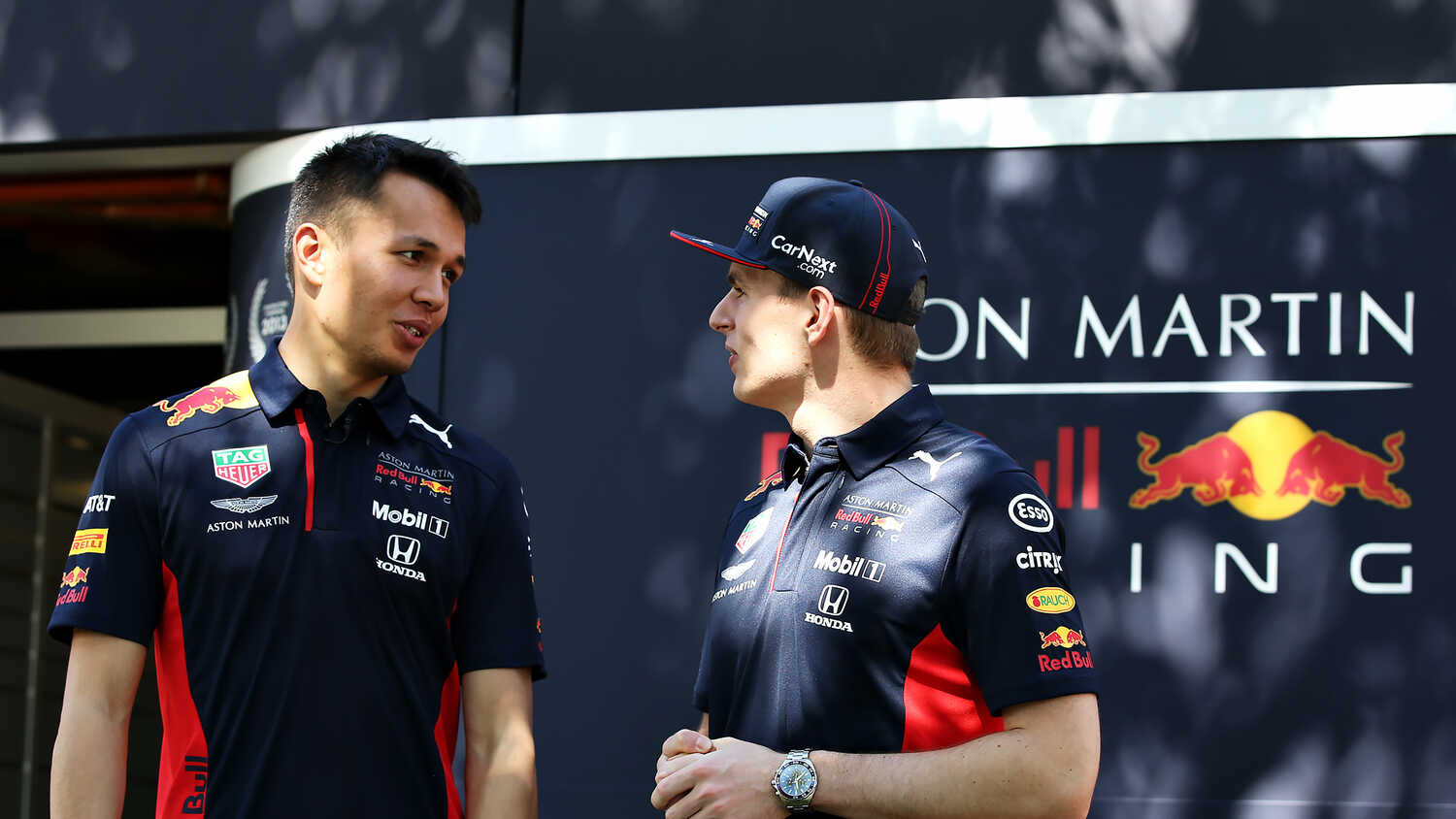 Alex Albon has revealed that his weekend work as a development simulator driver through 2021 has helped him understand Max Verstappen's style, after struggling to replicate the Dutchman in their season together as teammates at Red Bull.

Albon lost his race seat with Red Bull at the end of 2020, and has been working as a reserve and simulator driver for the team throughout this season, helping out with development and setup work over a Grand Prix weekend.

It's through this work, and running the setups that the drivers are using at the track, that Albon was able to figure out a unique aspect of Verstappen's driving that may explain why he struggled so much alongside the championship challenger.

"You have Max and Checo [Perez] with different driving styles," Albon explained on the F1 Nation podcast.

"What's important is more about listening to the feedback they give, because I can match the car quite similar to the track but then Max likes quite a loose rear end, so he will rarely complain about rear instability.

"He might just want a bit more front in certain places, or he wants something here, something there, so we'll chase that, we'll find that for him."

Detailing how the link-up between the simulator and the real-life race track works, Albon said it's a simple case of the engineers communicating between Milton Keynes in the UK and wherever Formula 1 is racing that weekend.

"Simon Rennie, who was my engineer last year, he's my engineer on the simulator as well, [and] he'll relay that to Max's engineer," he explained.

"They'll do their little thing and then we'll do Checo as well. Checo has different issues, so we'll find that for him and then we'll put it in his car for FP2 and then that's kind of how it works!"

Albon explained how his work as simulator driver was made much more enjoyable by the Friday setup work he did with Red Bull during the real practice sessions, essentially meaning the team are running three cars during any given session.

"We have all these lovely setups to choose from, we'll basically keep trying to find lap time within the simulator," he said.

"I quite enjoy Fridays, because we're pretty much getting live towards FP1, FP2, I'm in the simulator as well.

"We're watching the onboards, watching the feedback, trying to correlate the data as quickly as possible, because there's only a short amount of time before we've got to get the same balance.

"Of course, on the simulator and on track, it's not quite the same, there's always that little bit of discrepancy in balance and even lap time. Maybe the track's a bit grippier or, like Turkey, no one could predict the track to be 15 seconds off the pace!"